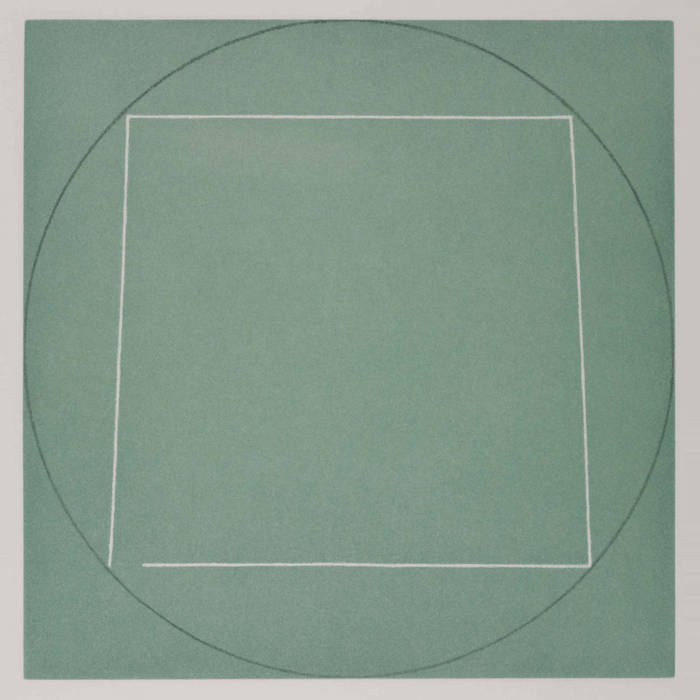 Scott Another fine review by Mr. Buckley led me here, and I found an LP that's absolutely mesmerizing... destined to remain a favorite for years to come! Favorite track: Cassiopee.

“The stars we are given. The constellations we make. That is to say, stars exist in the cosmos, but constellations are the imaginary lines we draw between them, the readings we give the sky, the stories we tell.” -Rebecca Solnit

The above quote by the American author Solnit inspired Parisian producer Jonathan Fitoussi's debut album for Further Records, Imaginary Lines. He used those words and the concept of Harmony Of The Spheres to create the six ravishing interstellar evocations on Imaginary Lines, to spin his own intriguing yarns about the cosmos. While conjuring the vastness of space, Fitoussi imbues the journey with profound feelings of awe and beauty.

“This idea that the constellations are an imaginary representation that man drew in the sky to serve as landmarks in space and on Earth is greatly appealing to me, and works very well with the story behind this album, on which each song title bears the name of a constellation,” Fitoussi says. “With Imaginary Lines, I wanted to work with this idea as its core; on one hand geometrical and linear, like the shape of the constellations, characterized by the use of repetitive sequences, and on the other hand, through sections of improvised organ to evoke the more spiritual dimension, and l’invitation au voyage.”

Imaginary Lines sounds like it was made with acute academic rigor yet it is also lavishly beautiful and sensuous. “I like having a mixture of a solid base to work from,” Fitoussi says, “which is characterized here by a repetitive sequence, that leaves room for improvisation as well. This is something that recurs often in my work: creating a stable structure which then allows me to create spaces within it. I also love architecture, with its lines and volumes, and I think this influences my work as a composer.”

To manifest Imaginary Lines, Fitoussi mainly employed an EMS Synthi AKS synthesizer and a Yamaha YC45D organ, which he processed through tape echo with two tape recorders. In addition, Fitoussi says, “many of the sounds were also fed back into a large metallic resonator (similar to the Ondes Martenot), which produced beautiful reverberations.”

“Aquarius” starts the album on a spine-tingling note, with its wind-chime and vibraphone-like pulsations reminiscent of Mike Oldfield's Tubular Bells (which, of course, has associations with the soundtrack for The Exorcist). Fitoussi creates a suspenseful foundation over which he drops dramatic bass plunges and cascades of astral-dusted and ocean-spumed synths. “Triangulum” offers a Philip Glass-like repetition of lustrous synth chords, but is less manic than most of that minimalist master's work. The track's subtle modulations and gradual intensification foster the sense that something momentous is about to happen—which it does with “Orion,” whose brisk percolation and glassy tones recall Harmonia's Deluxe, but shot into deep space. This is the sort of elegant urgency and streamlined propulsion you might hear on an avant-garde sci-fi-film soundtrack.

“Oiseau De Paradis” and “Andromede” evoke the feeling of effortless ascension through smooth, celestial oscillations, with the latter coming off as slightly more hectic, generating the illusion of pursuit. “Cassiopee” brings the album to a close with a more downcast, contemplative mood, its swirling tones and cyclical motif spurring you to ponder existential thoughts... or to just marvel at the universe's mysterious magnificence. Fitoussi connects these far-flung dots with éclat.