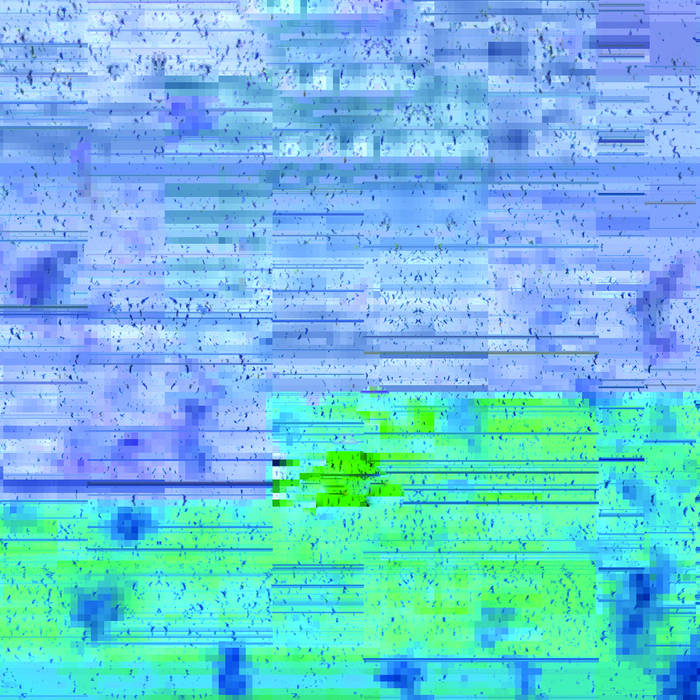 Italian DJ and producer Manuel Fogliata hasn’t released a lot of records over the last ten years, but the few he has put out have always been worth tracking down. Perhaps best known for his work alongside Donato Dozzy in creating the much sought-after Aquaplano records at the tail end of the last decade, Nuel’s solo outings have been just as consistent and just as impressive. Whether taking on metallic electro or syrupy, bass-heavy ambience, Nuel’s attention to detail and his keen ear for a groove has made each release something to treasure.

Nuel’s only previous full-length, Trance Mutation (Further Records, 2011), was a masterpiece of minimal repetition. It was possessed of a gossamer-light surface, all trippy rhythms and wonderfully playful melodies, but it was deep too. Made with just one microphone and a handful of instruments in his studio in a small Italian town, it’s one of those records that can somehow present the whole of a track in the first few bars but stay fascinating for ten minutes or more. While initial impressions might suggest little in the way of continuity between the organic tribalism of Trance Mutation and the colder, more mechanic sounds of Hyperboreal, Nuel’s ability to go deep into a particular mood, a particular sound, links the two. An expert in the art of minuscule variations, Nuel’s compositions are always changing, always evolving somewhere within their ecosystem.

“Each time I decide to make new music I try something different, something never I did before, and I start thinking at the choice of the sources, the set-up and so on,” says Fogliata. “It's really difficult for me doing the same thing twice. It’s seriously a challenge, I don't know why. Maybe because part of the inspiration comes from this process. The worst thing in doing the same thing twice is that the excitement for a new experiment and research is gone, and I can't go anywhere from that. So if there is any continuity between releases, which is not what I'm looking for, it could be some traces of my way of approaching music, and my taste.”

Like its predecessor, Hyperboreal was made with the minimum of fuss. Recorded using just one semi-modular synth - the boutique and sadly discontinued Ekdahl Polygamist - and a handful of pedals, the album came together in just a few days while Fogliata was staying with Giuseppe Tillieci (aka Neel - famed mastering engineer and one-half of Voices From The Lake) at his apartment in Rome. The Polygamist’s combination of modular flexibility with the aesthetic cohesion of a complete instrument was the inspirational spark which set the album in motion.

“I fell in love with it from the first sight,” says Fogliata of the synth. “Aesthetics are very important to me, if I don't like the way a synth looks like I can't get anything from it. Just like when meeting a nice person but there's no physical attraction, it can be a good friendship, nice conversations but 'love' is missing, and making music is making love so this aspect has a huge influence on creativity. Being surrounded by beauty makes me feel better and reinforces the positive feedback.”

Hyperboreal begins ambiguously, the fluttering dissonance of ’Stepping Stone’ immediately setting the mood. It’s dark but not gloomy, not resigned. There’s something shadowy about its contained aggression, like it might lash out at any minute. It doesn’t. Through the winding paths of the following tracks - ‘Polaris’, ‘Hyperboreal’, ‘-Om’ - nothing becomes clearer, nothing moves towards any kind of resolution. The flutters of the opening track become a swirling mass on ‘Polaris’, and a venomous rattle on the title track. ‘-Om’ sees things calm just a little – the maddening, almost frantic pulsations of the previous tracks slowing, evening out into a bed of twitching feedback and resonant echoes. There’s even a hint of a regular beat, barely audible beneath the buzzing tones of synthesised electricity.

“Intensity plays a fundamental role in what I do,” says Fogliata, and listening to the opening half of Hyperboreal, you’d have to take him at his word. These are not casual sonics.

‘Be Well’, the penultimate track marks a change; from dissonance to a sort of consonance, a lifting of the shadows that have so far lingered around the record. It feels, in a peculiar way, almost uplifting, like watching ice melt in the sunlight. The record closes with ‘The Rest is Noise’, and though it seems to return again to a darker place, it does so with the memory of sunlight, warmth, and life. Suddenly the noise is not oppressive, but comforting. It is gentle, welcoming, as it closes around you.

As its title suggests, this is an album for colder climates, for stark and inhospitable landscapes. Its opening side is tough going at times, a truly unsettling void of vaporous tones, a blizzard of sound refusing to coalesce, refusing to make sense. Slowly though, Hyperboreal opens itself up to the listener, emerging patiently from an abyssal darkness into a beauty as still, as sharp and as breathtaking as an Arctic dawn.