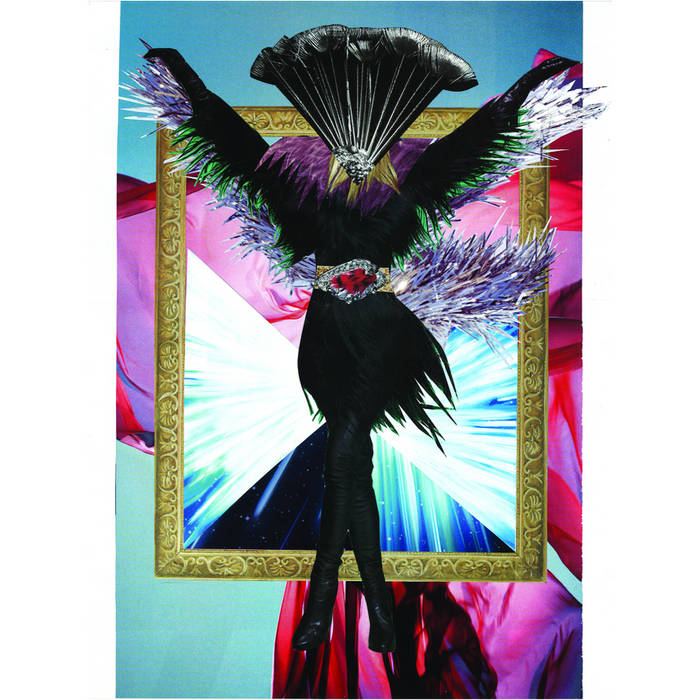 Jad This is a somewhat challenging album that reeks of LSD in the desert, but incredibly rewarding and fascinating with time. I now listen to it almost religiously. Utmost respect to Chloe for creating this masterpiece! Favorite track: Slep_Non.

nabz1337 Right my alley, psychedelic & soothing. I love it for the mornings, the nights, dinners, it suits any moment of my day!

Tim Held The sound matches the artwork in a very interesting way. A must have in any experimental/ambient collection.

The most interesting, advanced electronic musicians create unique, hermetic soundworlds that seem to emanate from unknown realms. See/hear Aphex Twin, Autechre, Farmers Manual, Iannis Xenakis, and Bernard Parmegiani, among a handful of others. If Chloe Harris isn't quite in that echelon yet, she is quickly approaching it with Dose.(This album was originally issued on very ltd.-ed. cassette in 2012 and is now getting a vinyl release, mainly due to the urging of Italian techno magus Donato Dozzy.) A former globetrotting DJ, Harris has shelved that lifestyle and aesthetic for a more stable family life in the Seattle area and a more cerebral approach in the studio. With this collection of exploratory compositions, she decided to experiment with an array of synthesizers, mainly the Waldorf Q. Working on the eight tracks here in her home setup, Harris would “layer as much as I could or sometimes there was no layering at all. I tried to let the machines talk. I was trying to find my own voice. It was sad and melancholy because I stopped DJing and decided to try something new in my career.” This change had financial and creative risks, but Harris has transitioned boldly into this more adventurous musical mode.

Each track on Dose is a distinctive foray into beatless sound design. There's too much happening here to describe this album as “ambient” or “chillout,” yet it's not typically academic-sounding, either. Harris lets her intuition guide her and those finely calibrated instincts lead to gripping pieces that subtly evolve over their three- to six-minute durations. A thrilling sense of otherworldliness becomes the norm on Dose. “Water Dragn” achieves an aquatic grandeur with its teeming drones beneath elastic pulsations, throbbing with the subliminal ominousness of mid-'70s Tangerine Dream. “Tiwie” is the most uptempo track here; marked by a wonky motif of what might be pitch-shifted seal utterances or some other sea life's emissions, it generates a woozy pattern that nudges you into a delirious reverie. “Couchfire Dron” is a deeply poignant and morose atmospheric work that suggests an infinite expanse of gloom, which is paradoxically exhilarating. Similarly, the dank, frigid auroras of “Skrt” are shot through with skittering rhythms not made by drums but rather what seem like rapid intakes of breath, its textures hitting the ear like frantically sweeping ice-scrapers on windshields. “Harchone” unspools a psychedelic mélange of tones and textures swirling in a chromium abyss, reminiscent of Nik Raicevic's mind-altering synthesizer abstractions recorded in the early '70s. When album-closer “Entrldam” blooms into earshot, its profound whorl of gray drones signifies a momentous conclusion to an opus that proves Harris has reached a new peak.